A new study by a Danish start-up has revealed dissatisfaction among Germans. Compared to Scandinavian countries, Great Britain and the USA, they would recommend their employer less frequently. This result was measured using a new method. 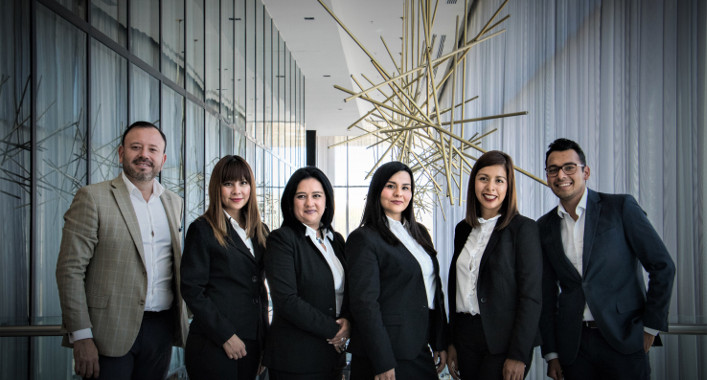 A new study by a Danish start-up has revealed dissatisfaction among Germans. Compared to Scandinavian countries, Great Britain and the USA, they would recommend their employer less frequently. This result was measured using a new method.

Study thanks to learning algorithms

The survey shows one peculiarity in comparison to conventional studies: The survey was not only carried out on a random day of the year, but continuously. In contrast to annual rounds of questions, the young Danish company Peakon focuses on modern solutions: During the survey, the employees interacted with a specially developed software for one year. The Danish company wants to deliver more precise results compared to one-off interviews. Learning algorithms are also used – if an employee is dissatisfied with one aspect of his job, the software automatically asks additional questions.

Companies hope that this will lead to deeper details about the dissatisfaction of their employees. In total, the data of around 500,000 employees in 235 companies in the USA, Great Britain, Scandinavia and Germany were analyzed.

Corporate culture as a key factor

The results of the study are disappointing for German companies. Only 44 percent of Germans believe that they have sufficient room for manoeuvre at work. In comparison: 60 percent of Americans, 54 percent of Scandinavians. German employees are also dissatisfied with the management's objectives: only 25 percent are convinced of the management's strategy (USA 36 percent, Scandinavia 34 percent). Closely linked to this seems to be the fact that employees in Germany feel that they cannot cope with their work. A total of 75 percent feel overwhelmed by their current workload. The study shows above all that dissatisfaction is not only expressed in the monetary situation. This is also evident in the answers to the question about corporate culture. Only about a quarter of German employees agree with the values of their company. In the USA it is 44 percent, in the Scandinavian countries 40 percent.

What do the results of the study mean?

The results of the Peakon study show that not only salary plays a decisive role in employee satisfaction. A second important factor for employee satisfaction can be found under the key term corporate culture. How freely can employees act in their work? How strict are the company's working hours? These are important aspects for employees in the performance of their work. Particularly in higher salary brackets, pay is becoming less important and other aspects are coming to the fore.

But the Germans were also dissatisfied with the remuneration itself: Less than 20 percent said they received fair pay for their work. In addition to the factors mentioned, the development opportunity is ultimately also important for an employee. Only one in four in Germany has the feeling of being able to develop professionally in their current company. In the USA and Scandinavia, around a third of those surveyed said they had sufficient opportunities for further development.

A glimmer of hope: Martin Daniel, the Community Manager at Peakon, points to the extreme response behaviour of Americans. The Scandinavian countries are therefore more comparable for the German working landscape.

Several different studies have repeatedly shown that satisfied employees perform better. Germany has some catching up to do here. The reasons for this almost always lie in corporate culture, pay or career opportunities. 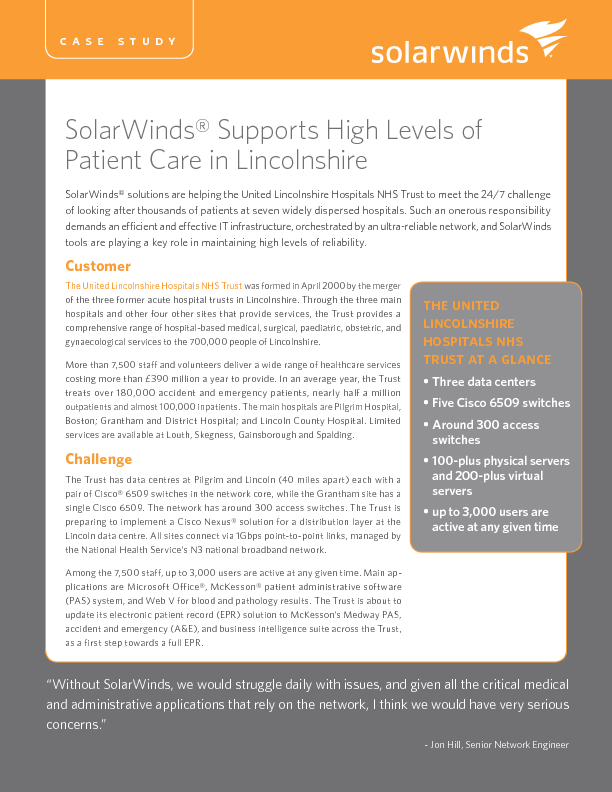 SolarWinds solutions are helping the United Lincolnshire Hospitals NHS Trust to meet the 24/7...