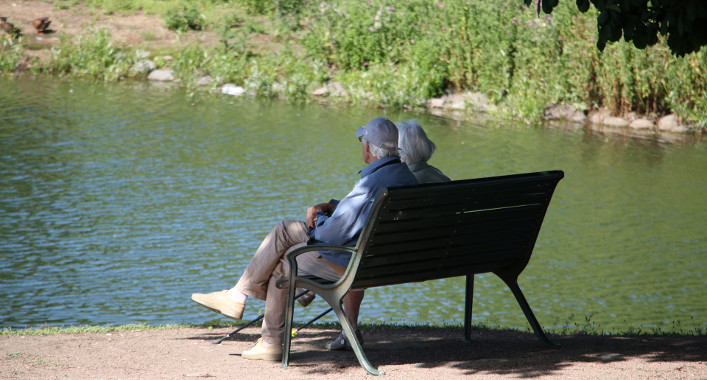 According to Reinhard Mohn (1921-2009), who once led the medium-sized Bertelsmann company to the media group, "securing the succession is the greatest entrepreneurial achievement. Mohn's quote could be a summary of the "Financing Monitor 2019" study.

In cooperation with TU Darmstadt, Creditshelf surveyed 200 financial decision-makers from medium-sized companies in various industries. One catch in the implementation of succession planning is often the tabooing of the problem. Only a few companies deal with the matter openly and in good time.

In the case of succession planning, the company's own tax advisor and lawyer are called in, but external advisors who are familiar with the problem are largely avoided. Specialists could be very helpful in project and process design. A company succession is a deep cut both for the employees and for the entrepreneur, who gives up his position. Emotional factors play just as important a role as the question of whether a suitable job can be found for the old entrepreneur.

What role does financing play?

Four out of ten financial decision-makers surveyed believe that 25 to 50 percent of succession arrangements in Germany fail due to financing. Every tenth respondent believes that the rate is even higher than 50 percent for this reason. On the other hand, the majority of decision-makers are certain that companies will start their financial planning in good time. Creditshelf board member Bartsch does not see any contradiction in this. "You start planning early, but there are many unpredictable factors that can potentially change everything again." Bartsch Banken cites all examples, "who suddenly take a critical view of the transfer of business and subsequently find it difficult to obtain credit. Suppliers could use the change to renegotiate prices."

Prof. Dr. Dirk Schiereck of the TU Darmstadt assesses the financial risks in a similar way. Succession planning not only requires a sufficient amount of time in advance, but also "comprehensive risk management that also takes account of major liquidity bottlenecks". In the connection credishelf founder Bartsch advises the medium-size enterprises to include not only the classical financing partners into their planning. It should be likewise included new creditors, who are in the position to underpin succession arrangements at very short notice with liquidity.

The study concludes that successful succession planning is indeed a great entrepreneurial achievement. For all those involved, it is a project that takes a long time and needs to be prepared carefully and systematically. There is a danger that the value of the company will fall during the handover process. For this reason, it is important to involve specialists in the succession process, who will be involved in both the preparation and the support. Since there is a multitude of possibilities for shaping the succession, it makes all the more sense to seek the opinion of experts.

However, as always with the involvement of external consultants, the final decisions must be made by the entrepreneur himself. Particular attention is paid to the transition phase. This is the point in time when the succession plan has been completed. The transition to the successor should be as smooth as possible. How this happens in detail depends on whether the succession has taken place through a takeover, an associated company or a strategic partner. In the case of a strategic partner, for example, it must be clarified how the cooperation between the companies is to be structured. In any case, it is important that customer relations and business operations do not suffer during the transition phase.